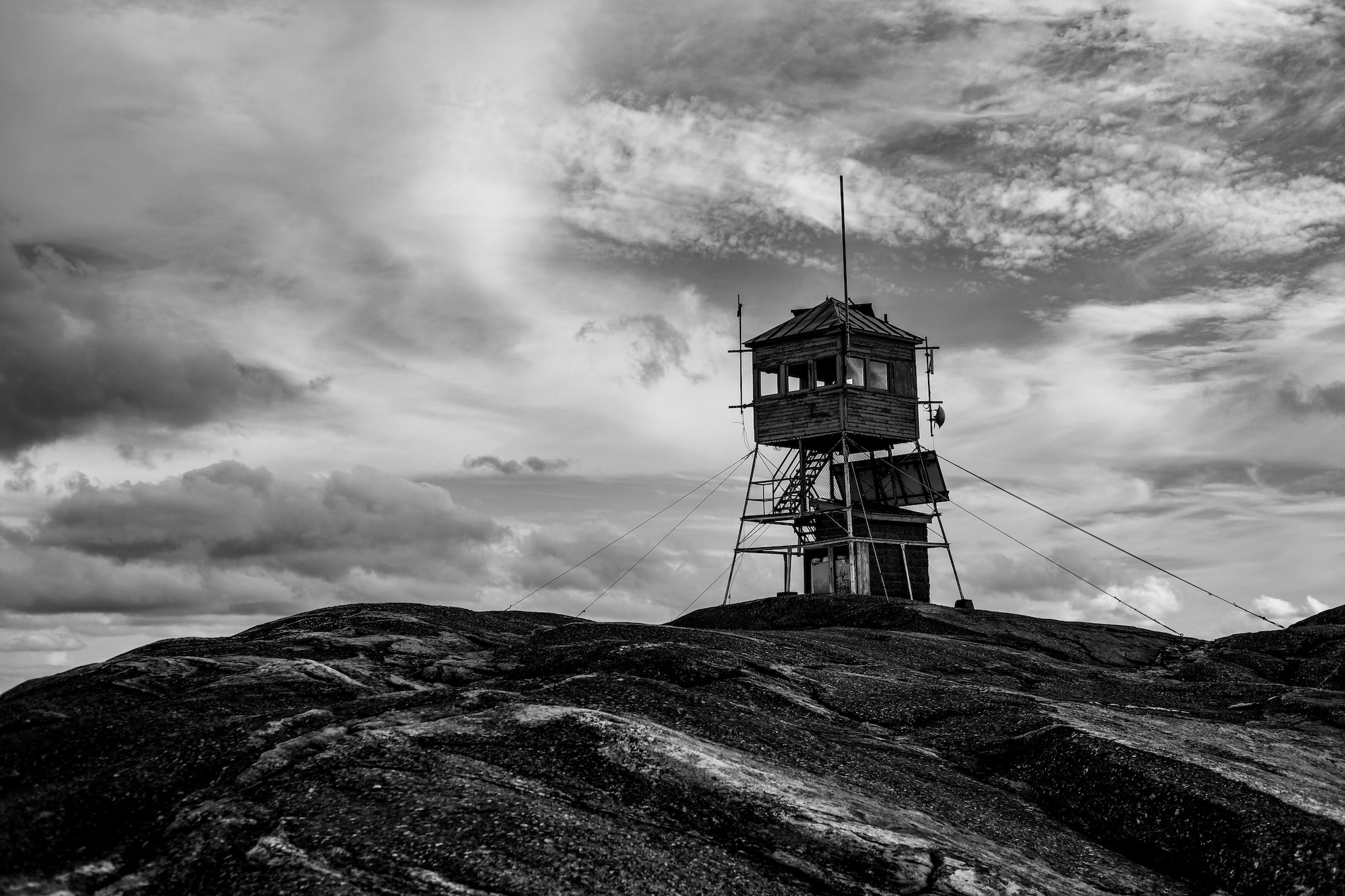 To describe the view as majestic would not do it justice, it is painful, nostalgia about a place not quite gone yet. Soon though it will be dismantled just like its brethren, once strong pillars of humanity’s futile attempt to control fire.

Just last year they were twelve still, always three or four within sight of each other, twelve strong willed men and women spending a summer of their lives above the treetops.

Books aplenty were read, written in midst the summer heat and during the occasional rain storm quenching fire on the ground while anyone sane would have feared for their lives at the tops. Twelve who would get to know one another better than their families did, connected for the rest of their lives even if they never met again.

But no twelve will follow. Next year, not even one will follow in my steps. Drones will fly, a fleet of them apparently less costly to maintain than a horde of idealistic volunteers. Heat sensors will spot the fires before smoke can even rise for the eye to pick up on it, and GPS will direct the hordes of prison inmate firefighters to their eighteen-hour shifts.

They will remain, the good and bad people switching the orange jumpsuits for the firefighter’s uniform, for a chance to prove their worth and shave a month of their time. Only next year they won’t rest at the foot of the tower, won’t have a place to hydrate and feed themselves and no one will fear for them when they return into the fires. Their names etched into the wooden tables will disappear, for many the last reminder of their existence when even their families were eager to forget about them. Some even came back, enough years ahead of them to make any month count.

Few of the fire watchers ever returned for a second year, for most it was a one-time, life changing experience. I would know, in my twelve years only five returned and only one came thrice. I remember her, a strong soul in her late twenties, resting in herself like few people can ever hope in a lifetime. The few words we exchanged on our radios still exhausted her desire for talking. I wonder where she turned to for her fix of silence since.

The ground level staff changed less, the driving and more frequent social encounters taking less toll on their mental states. I think Robert made it through sixteen years, seventeen maybe. We both know I won’t take him up on the offer for beers, it won’t be the same and we would only lament the old times.

It was a futile hope to think I could satisfy my hunger by just breathing the air even deeper this final summer, futile to think I could ever say goodbye to a place that has become a part of my life and identity. No other generation will come to hear the local legend of Mike, the weird loner in tower five, the one to ask if you have any questions. No one will ever ask again why I keep coming back. We will never have the big barbecue at summer's end again, where you get to meet the people whose voices you have grown so used to.

No one ever talks via radio anymore, they will never learn how your mind fills in the face of a person you have never seen, and how attached you can get to the soothing sound of a stranger's voice distorted by static. They will never know the mix of relief, pleasure, unfiltered happiness when your radio cackles in the morning to deliver a good morning, that audible smile as you imagine how the other might look, feel, start into their days just like you are.

I will ask the tear down crew to save me a piece of the wood, they will happily do so - and go home to their wives to tell them of the weird guy with more hair in his face than on his head who couldn’t let go of this ancient relic. The wives will think it romantic for a bit, spread the story a little further on the next wine and dine, then forget all about it like they rightfully should. I won’t. Been here too long, if the government allowed us to buy the land I would go into debt for the first time in my life.

It seems almost as if the forest is saying goodbye, too, with a tiny cloud of smoke rising up from a campfire not too far away. It’s always been a thrill, even after hundreds of times. You still can’t shake the feeling that this time it’s not gonna stay small. You get up, walk towards the window, stare out and try to gauge how thick or thin the puffs are. Mull over campfires really being the lesser evil, at least they are usually guarded and contained unlike those stray cigarettes or rain drops on spider webs forming a prism.

Nature wants to burn, it’s only us humans who can’t deal with the fear of losing what we built. Nature understands that everything is temporary, even a stretch of forest as large as this. Even a fire tower that has withstood decades at the front lines, that was never in real danger as long as the clearing around was regularly maintained, kept free of brushes and deadwood no flames could reach it.

Maybe I should call this in, one last ode to a lifestyle that will soon be forgotten. Maybe I should rush down, set fire to the bushes and hope it clears before the flames can reach the tower. They always told us how important it was to keep the clearings, well, clear, and they kept telling the story of that one tower that wasn’t occupied one summer and burned so bright even the steel melted down. No one would have escaped that, they said, and they were right.

There she finally comes, floating through the air so small you can barely see her. Four arms, rotors spinning at the top of their lungs, stabilizing itself against the high winds. Unable to change, forced to observe, we are the same, little drone. I smile as it pulls down to wiggle its wings at me, I wave, I go back inside.

The new generation is there, young and naive and ready to change the world. The world is in good hands, I can finally retire.

Become a Patron and get an exclusive poem!

Get the latest posts delivered right to your inbox.

I write whenever the mood strikes or strokes. Things get weird sometimes, but then that's why you're here. 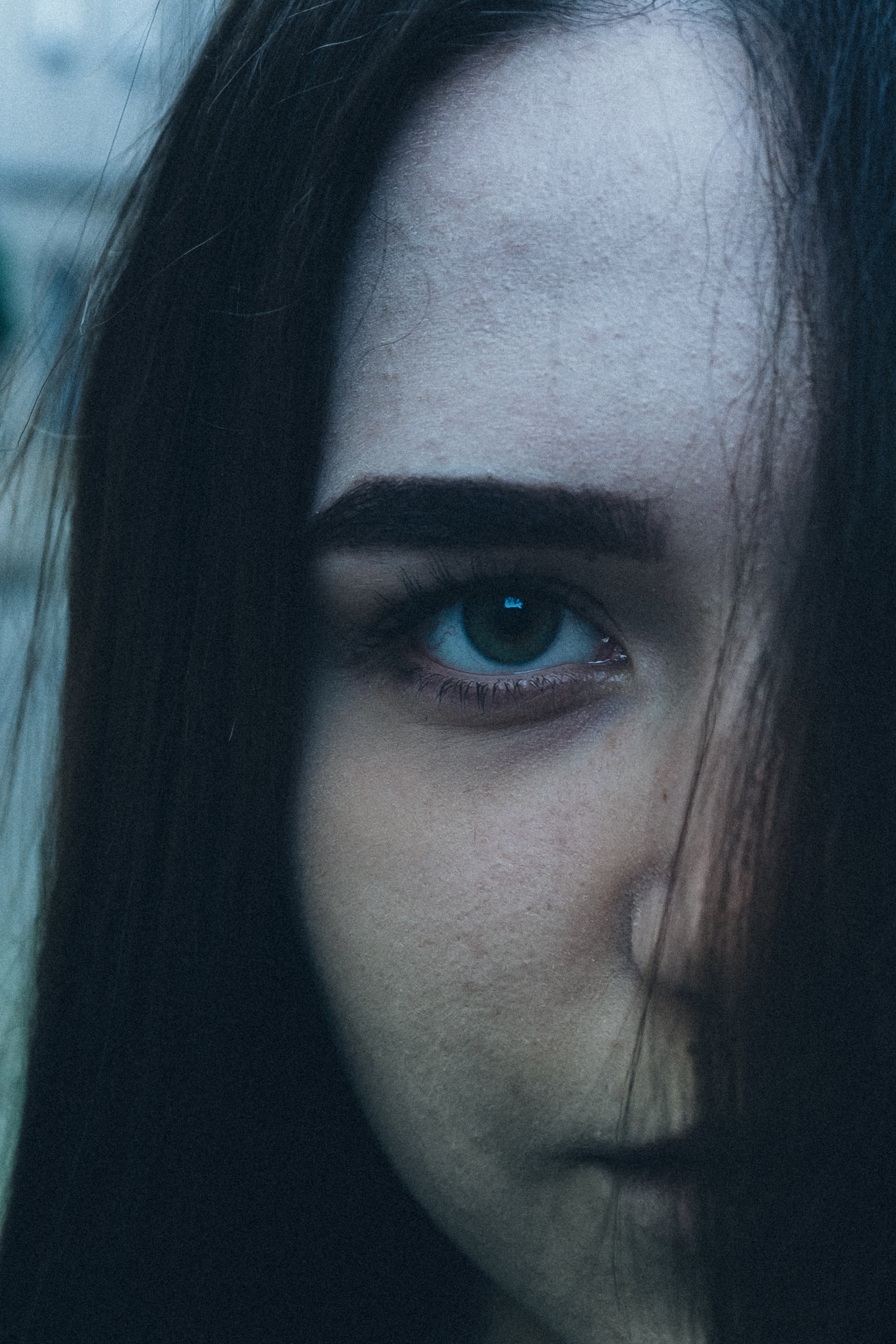 The Storm That Rages In Your Eyes

No results for your search, please try with something else.